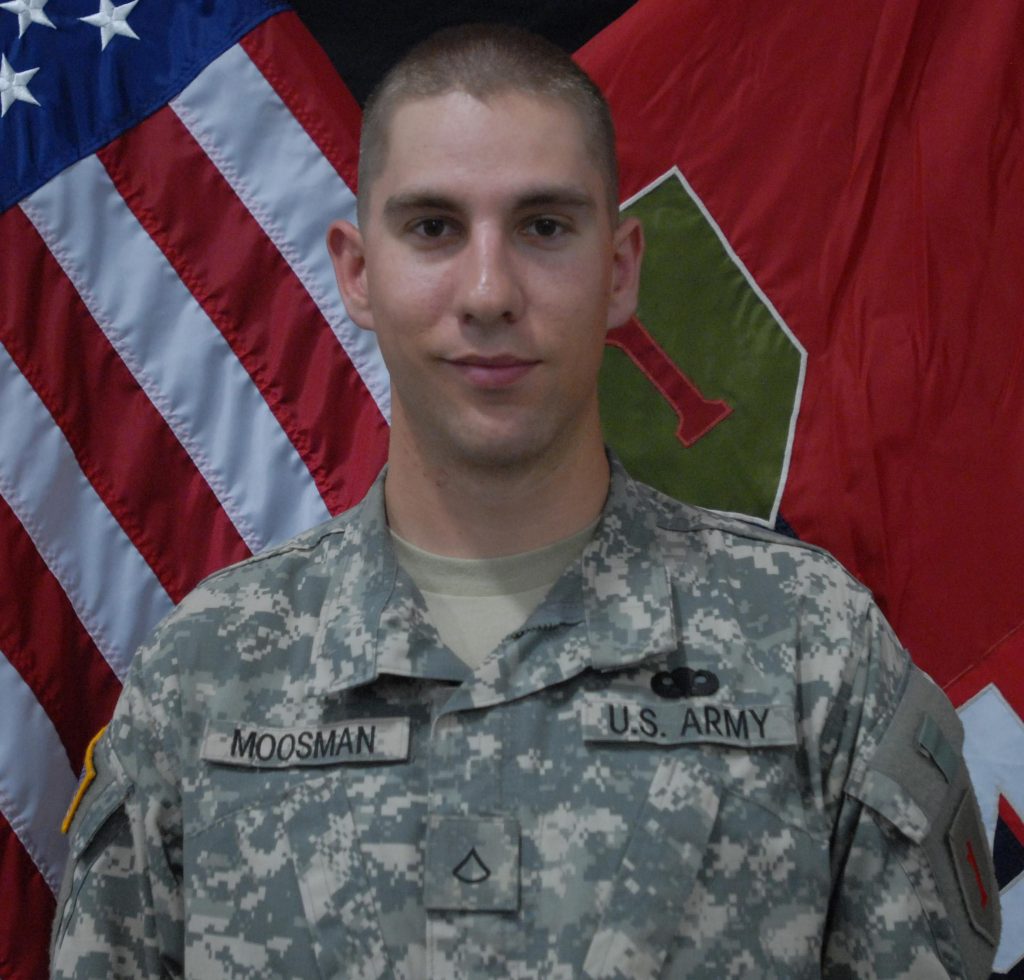 PFC. Cody O. Moosman, 24, of Preston, Idaho, died July 3 2012, in Gayan Alwara Mandi, Afghanistan. Moosman was on duty in a guard tower when enemy forces attacked his unit with small arms fire. Moosman, who is believed to have been on his first tour, was hit by small arms fire and died shortly after the attack occurred.
He was assigned to the 1st Battalion, 28th Infantry Regiment, 4th Infantry Brigade Combat Team, 1st Infantry Division, Fort Riley, Kansas. His family issued a statement saying their son told them starting in the third grade that he had wanted to be in the Army. He joined in 2010, at age 22, and loved the idea of protecting his fellow citizens. He was an avid hunter and fisherman and had completed his Eagle Scout badge. Moosman’s unit was deployed in a resistive region near the border with Pakistan.
10 rounds represents his joining the US Army in 2010. 7 represents the month he was K.I.A.; 3 represents the day.